If you want to see ordinary life in Cambodian city, Stung Treng is a damn good place. There is probably nothing to do, but that was the point for us. We managed to get a very cheap room in one of the hotels. Our room was on the upper floor, just next to a huge terrace. We hung around the market and grabbed food for lunch. Also, after we saw the market, we decided to avoid eating meat in Cambodia. To our surprise, it was quite tough to feed our stomach in the evening. Later, we found some small food stalls, and at least one restaurant is located by the river. 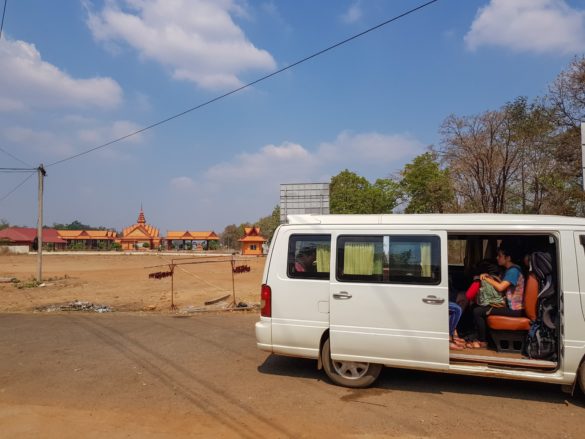 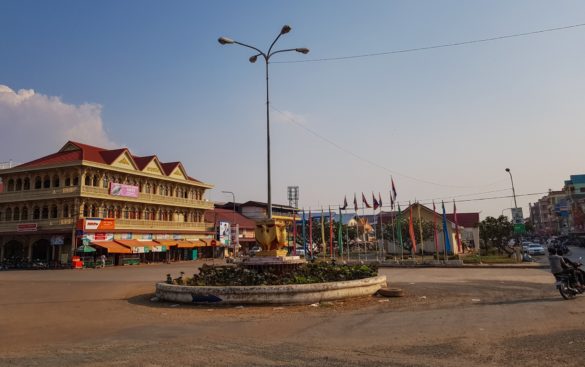 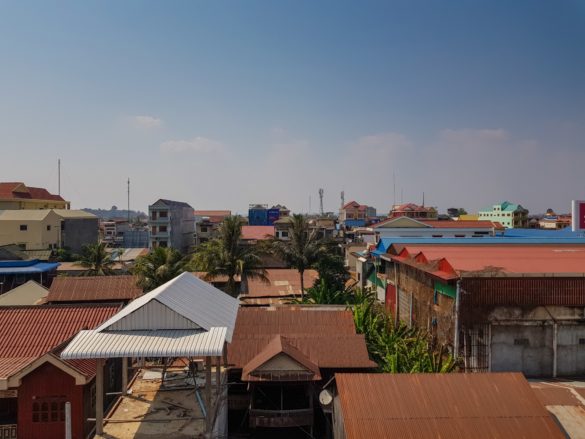 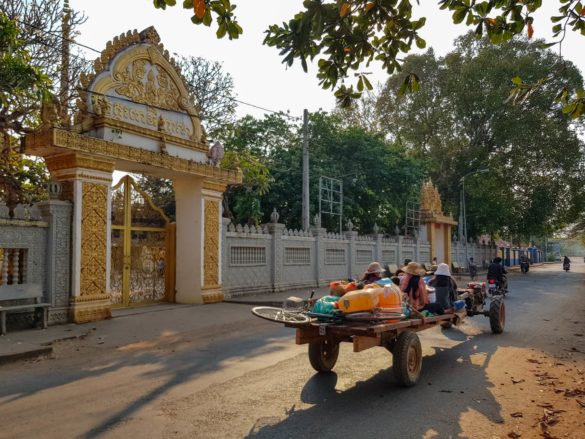 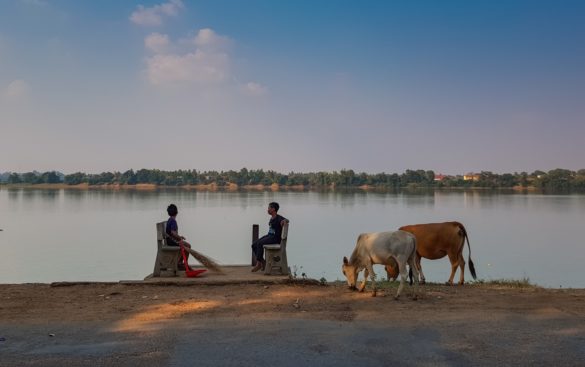 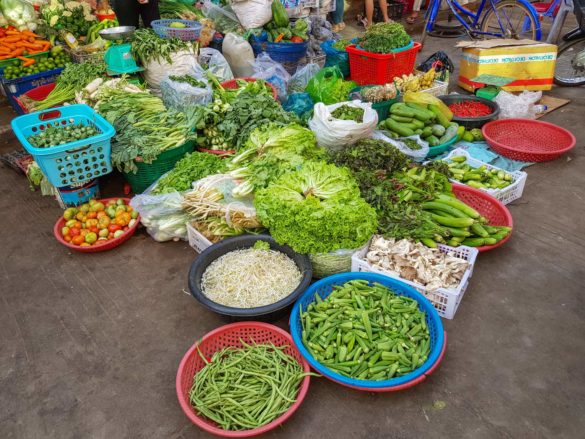 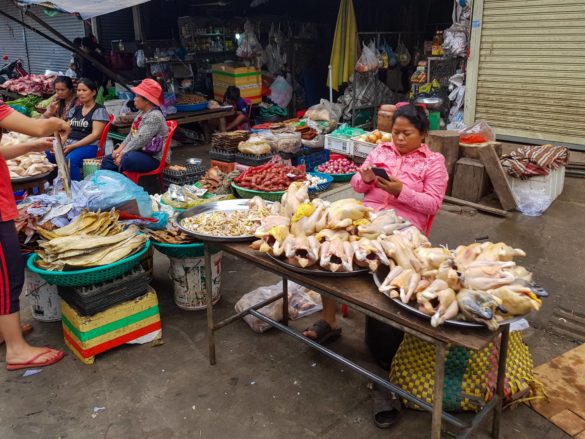 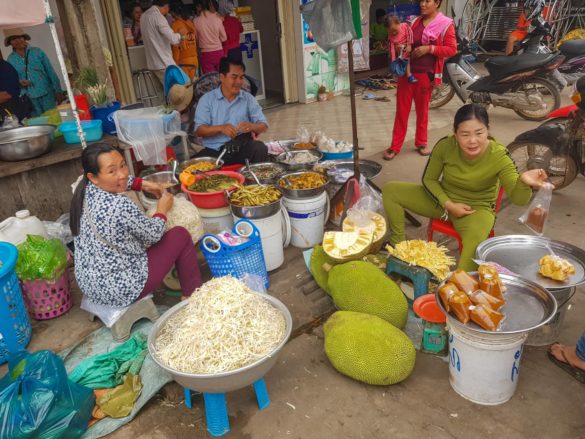 The goal of the day was to find out where to go next. It was for sure we will visit Angkor Wat on the way to Thailand, but before that? Elefants that attracted our eyes when reading a guidebook. We picked Mondulkiri elephant sanctuary, contacted them, and managed to get a place for two days adventure for the next week. It was a little bit difficult to manage our schedule. We could hang around for a week, then see elephants and then go to Angkor Wat, but don’t have enough time for that and then for Bangkok. Or we could go straight to Angkor Wat and then have a long bus ride back to the east, and then back again to Thailand border. For some reason, we picked the second option. But our plans changed anyway once being in Siem Reap / Angkor Wat. Mirek’s knee was not in the perfect condition, and in the sanctuary, there were supposed to be challenging jungle walks. Be safe than sorry, that was our rule, so we skipped it entirely.

Read more: China in a nutshell

The next day morning in Stung Treng, our legs led us to the parking lot from where minivans were leaving for their destinations. There was a sort of word battle between drivers who will take us there. We picked the first guy who saw us first and said he is leaving now. It was both the best and the worst choice. We have something to remember, but I am not planning to do that again. It was an old Lexus SUV that is just for five people. Soon we were 5 in there, but the guy did not stop loading up other people. It was precisely three adults and a child in the front and four adults and a child in the back when we stopped again. And there was a group of two adults and two kids! And we all fit in. However, rear seats were folded down, and we had to sit on them, and few people were sitting in the booth. And the driver was sitting on somebody’s legs, huh. Luckily in half an hour, we reached Preah Vihear city and changed to another car that was not such packed (just two more people than the seats).

Higher expectations lead to higher disappointments. Which is not the case for Angkor Wat. I rather tried to expected nothing but crowds. And yes, crowds were there, however, it was so easy to avoid them. We had a lot of discussions about whether to buy one day or three-day tickets. In the end, we purchased the one day only because if you buy it at 4 pm, you can also go in the evening plus enjoy a full day visit the next day. It was more than enough for us. It is also quite hard work on rented bicycles, but we could explore “hidden” parts of the archaeological site. But I can imagine that renting a tricycle with a driver could save a lot of effort and time. Even the entrance to the site is really far from the city. 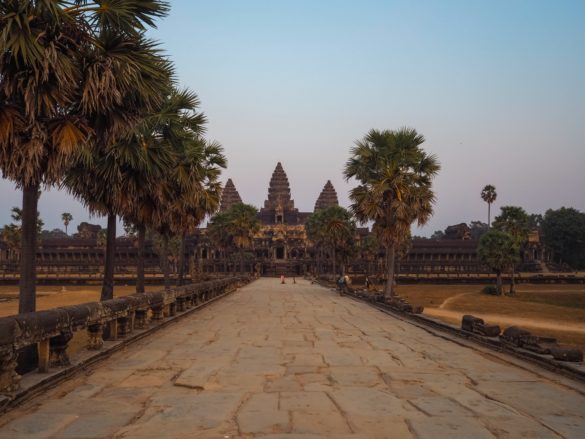 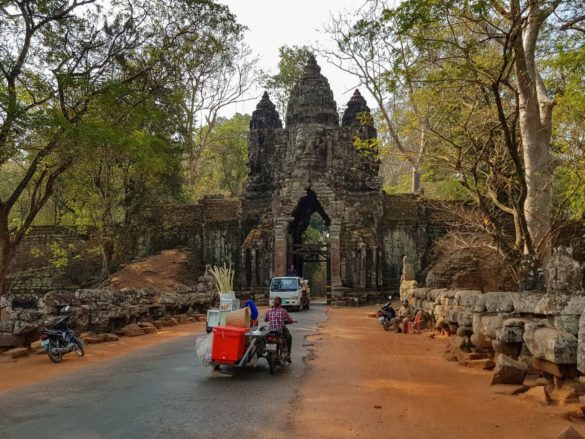 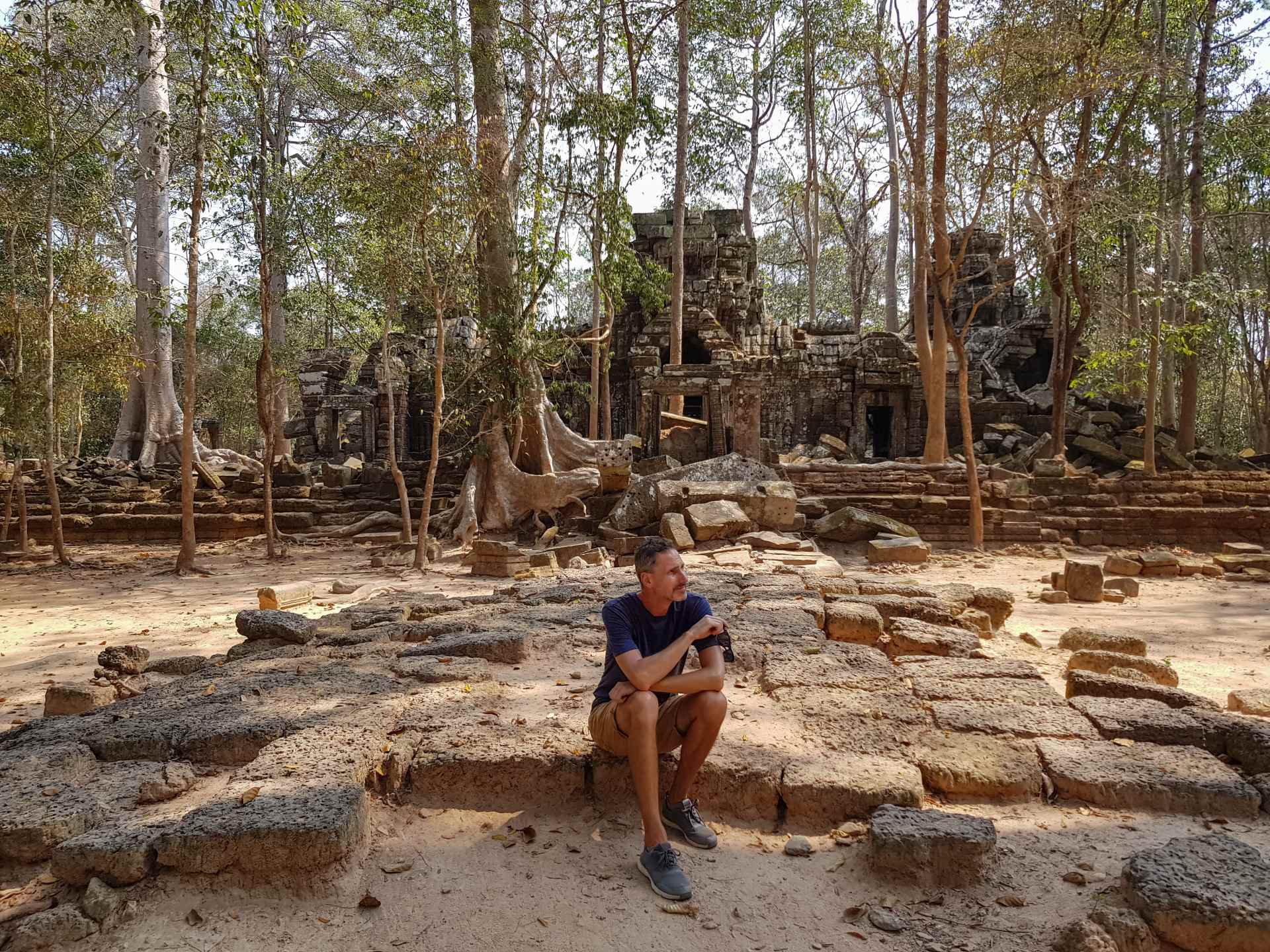 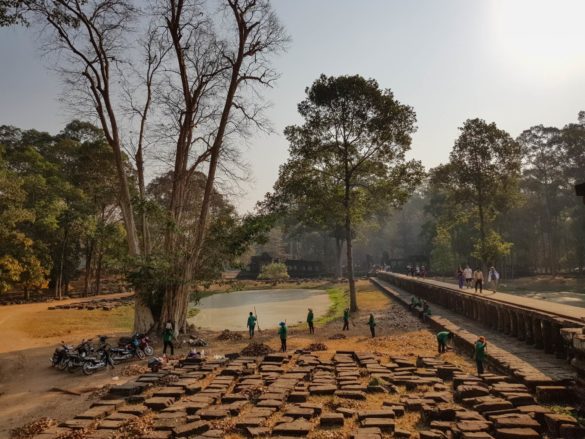 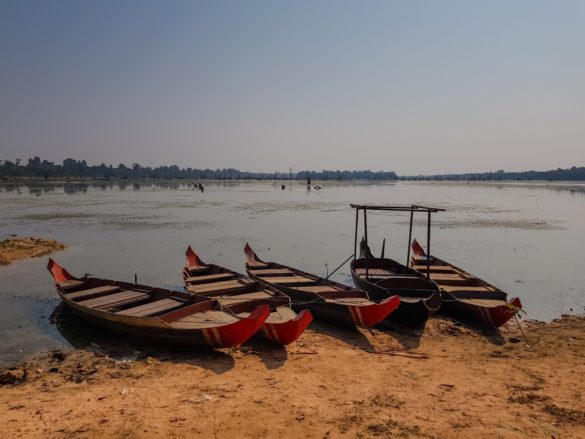 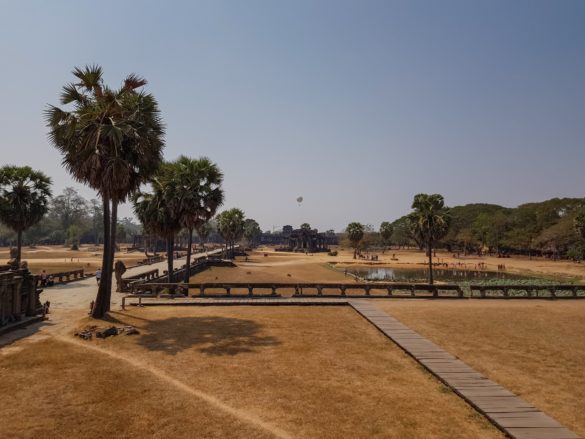 Another good thing on Siem Reap is classy accommodation for a relatively low price. And great food, of course. If you avoid the main tourist quarter and street(s), you are going to have a good time as we had. Both our hotels Forest King Hotel and Villa Wat Damnak, were perfect. We managed to get a few more nights than expected, but after 4 or 5 nights, we had to board a bus to Thailand’s border anyway. 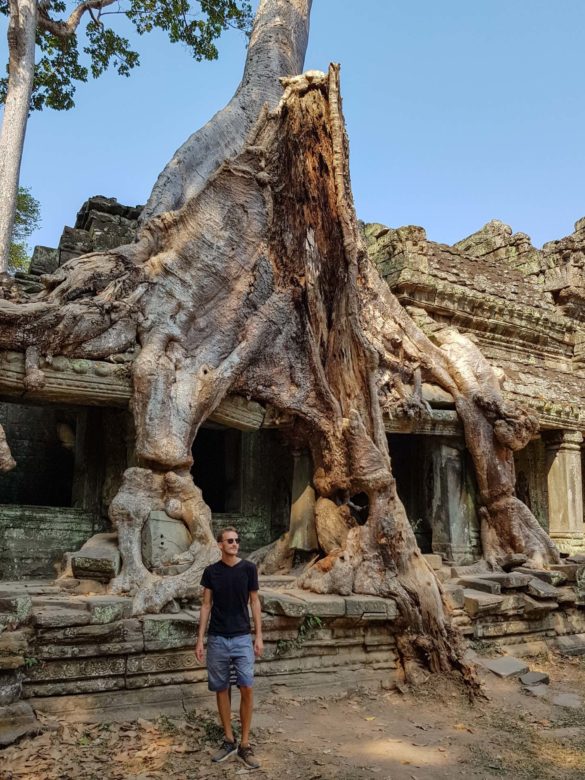 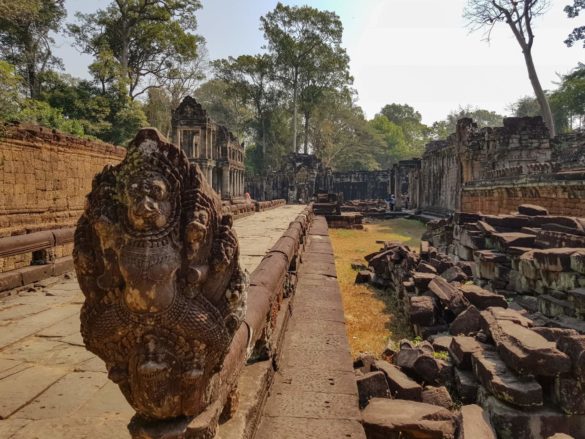 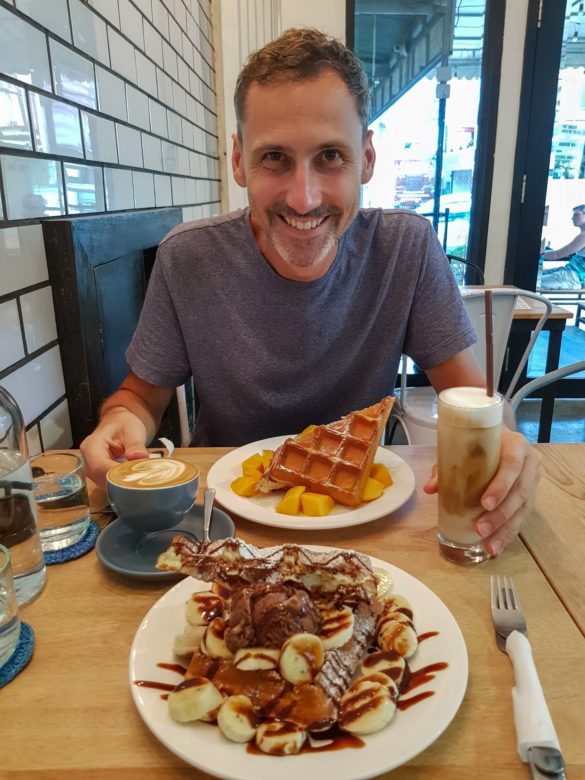 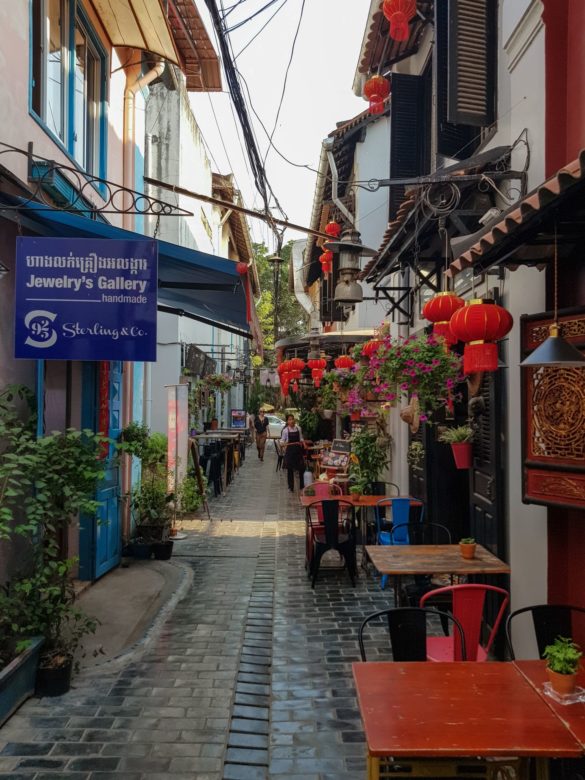 Cambodia in a nutshell

There is nothing much to add to that mentioned above. Just only our general observation that we were nicely surprised with the country and even with Siem Reap / Angkor Wat area. Overall, people were nice, food tasty, travelling fun, accommodation clean, prices low. But it seems not everyone is impressed with the county, as we talked to various people, they either love it or hate it. So it is up to everyone to decide… 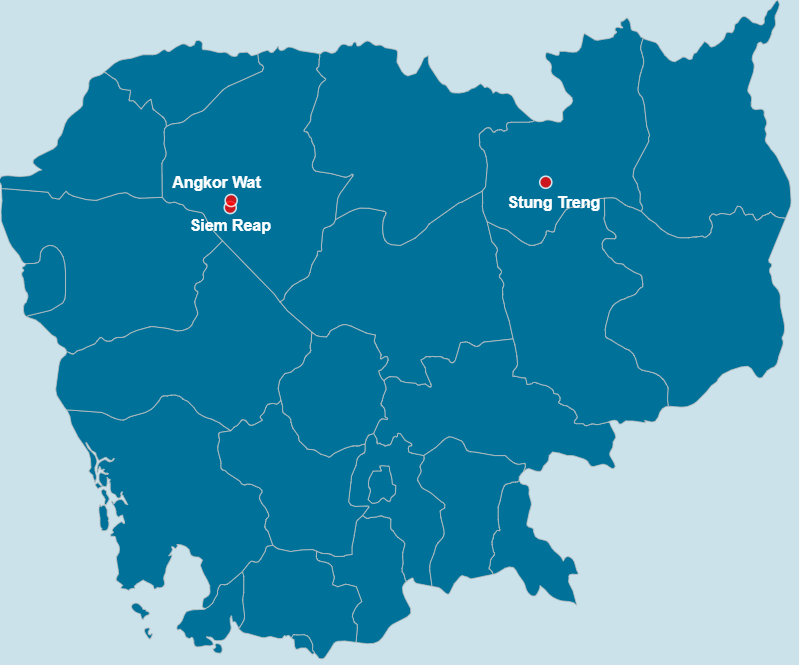 Our costs for one week in Cambodia

The majority of our notes display prices in Cambodia in USD since it is common to pay in USD there. Therefore we are listing it here in USD as well. With the exception of the final count where both currencies are displayed

Comfort will depend on the service you book. Any hotel or tourist centre can provide travelling in a comfortable bus or van. We managed it our own way and ended being nine adults, one teenager, and three kids in a small SUV for five people. But we survived and still have a story to tell.

Food is great as anywhere in Asia, and it is much closer to Thai cuisine rather than Vietnamese cuisine.

Laos in a nutshell & border crossing to Cambodia