In the morning, with the help of our Vietnamese friend Kan, we easily found a place to board a bus going to Laos via Bo Y – Phukeua border. Unlike the other coaches we saw in Vietnam, this was not the bright and shiny one. The bus was half packed with goods for Laos and few people, some of them smoking on the bus. Price was 160,000 VND, and we could opt to pay a few Dongs extra and have lunch during a quick stop. But since Kan and He provided us with baked bread stuffed with cheese, we were self-sufficient.

The border is not widely used by foreigners, obviously. I dare to say it is not so widely used at all, but it is just my guess based on what we saw, I don’t have any statistics for that. True is that we were the only people using the border except for one guy from the Netherlands on a motorbike.

Read more: Cheap journey from Beijing to Ulaanbaatar via Erlian

Crossing the border was not smooth. I shall rather say it was a pain. We had an electronic Vietnamese visa. It means we did not get any physical visa stuck into our passports. And the officer started to make trouble regardless we had the electronic visa printed. I am pretty sure he never heard about this option. Luckily he was giving a hard time to one poor local guy who also did not have a visa or had an old passport (who knows), and the bus was not waiting only for us. Anyway, the officer took our paper and left for 15 minutes.

Then he returned and asked for an extra 10 USD to let us go. So we played the game according to their rules since the bus driver started to be seriously nervous. The other option was to be heroes of the day, miss the only bus crossing the border and stuck literally in the middle of nowhere. All in all, we were lucky with our bus driver. On the Lao side, the only officer able to give us a visa was not present, and they had to call him to come, which took some time as well. However, the bus was patiently waiting for us.  Also, the visa process was smooth, and pricing per official pricelist. 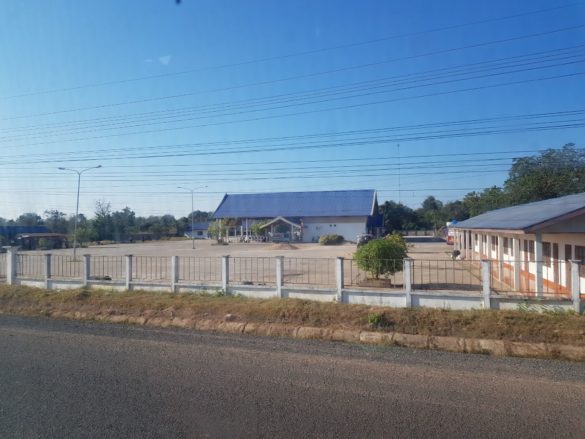 Early afternoon we reached our final stop – Attapeu. It was not difficult to find a place to stay. We just walked along the main road and asked in one of the guesthouses. It was cheap and reasonably good. I have a pin in my map at the place Ngan Sormisay but have no clue if it is the place we stayed. If there is a chance to rent a motorbike (which I doubt) or if you have your own wheels, then Attapeu is worth to stay more than one night and explore the area around before other tourists are coming in the next few years. The next day morning, we walked to the bus station, having no idea when or if it is leaving for Pakse. We got lucky since we caught the bus just before its departure. The journey was much better and quicker than expected due to progress with the road pavement and overall improvement. On the way, we also made a brief stop at Sekong and Thateng. 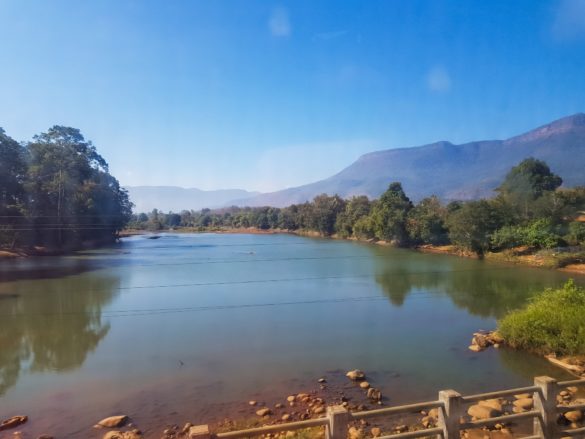 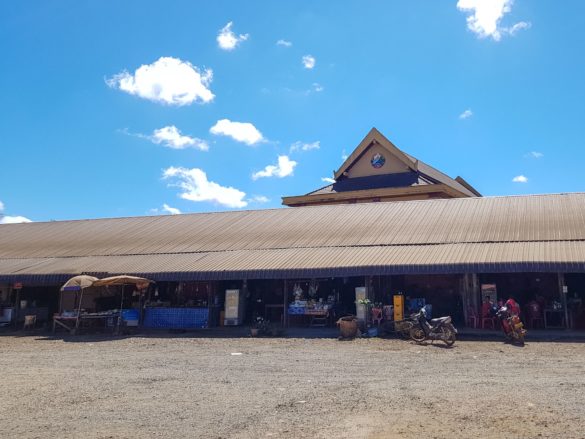 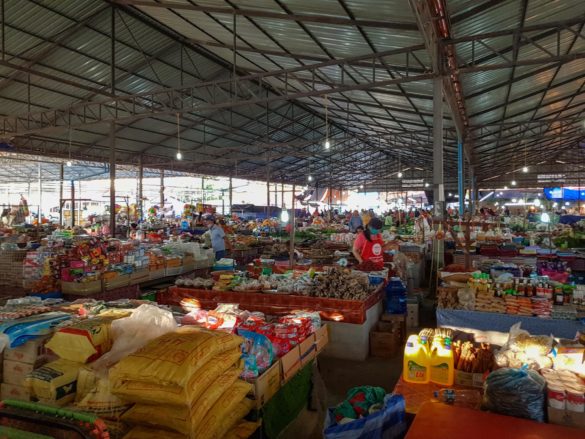 Laos in a nutshell & border crossing to...