Just because we didn’t get to Central Mongolia directly from the north, we skipped Tsetserleg and decided to go to Kharkhorin, which is on the eastern side of the Orkhon Valley, 8 hours from Ulaanbaatar (ticket 17,000 MNT pp). After arriving, we refused two girls who offered us accommodation in their guest houses in the town, because we wanted to be closer to nature. What a mistake. We dragged about 3 kilometers to the Orkhon River where there are about 5 ger camps. We asked the one with the best reviews. An amount of 100,000 MNT per person per night was a ridiculous price. Ok, another one. 35,000 MNT excluding breakfast. No thank you. The last one we tried was 60 USD! So we returned back a bit disappointed and took Family guesthouse for 20,000 MNT pp with a breakfast. Nice place on the edge of the town. They have also comfy common ger for meeting travelers. Though the road from the bus station is wide after the rain is difficult to find a way between huge puddles. In any case, Kharkhorin is not a picturesque town, but a really good base for exploring.

Read more: Erdenet alias how not to get to Tsetserleg 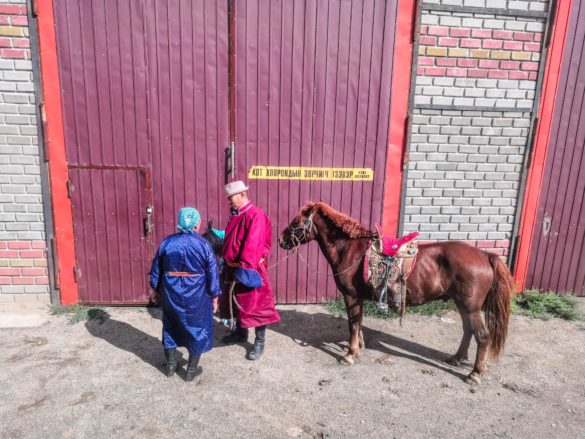 Trek around the town

Next day we went to Erdene Zuu Monastery, which was part of the ancient Kharkhorum, a former capital city chosen by Chinggis Khaan and built by his son. After exploring the site, we decided to hitchhike to 70 km far semi-desert Khogno Tarna, but without any success. So we did a few hours hike up to the hills around. On the beginning, we came across to one of the sacred objects, a Phallic carved stone, to whom woman prayed to have a baby. Further up there is a nice view of the city and nature around. There are also small stones pagodas on every peak. We went ahead through pure green grassy plains with a few ger farms as far as the Orkhon River where there is the Imperial Map Monument and then back to our guest house. 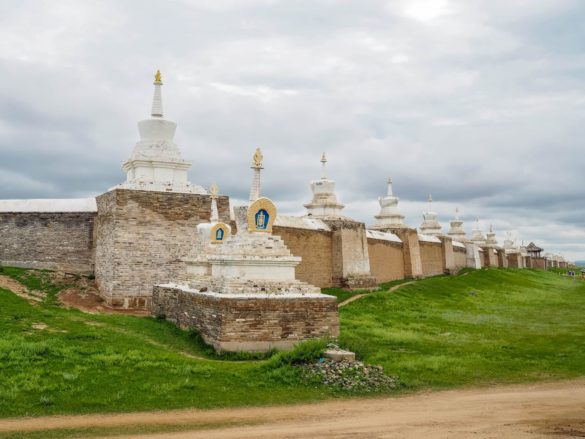 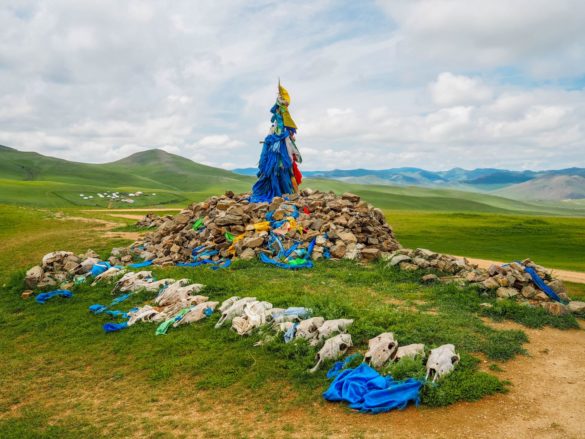 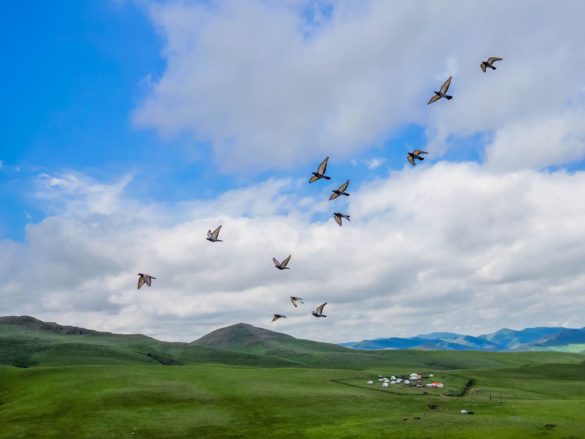 A trip into Orkhon Valley

Because of the lack of paved roads and no signs in the valley, we hired a car with driver for a trip to the waterfall and monastery. Or more precisely Gaya, the owner of another ger camp did it with two Dutch guys, whose we met on the train from the border to Ulaanbaatar and than again in the city. What a coincidence. Mongolia is a small country.

The day after we squeezed in a compact car (because the 4×4 van was pricier) and went for a few hours to the Ulaan Tsutgalan waterfall. The journey was amusing, especially the cross country parts. We stopped close to the river and had lunch at the nomadic family (veggie soup). Afterward, we did a short hike to the waterfall. It’s not impressive in size, but the water runs in a truly photogenic canyon. It’s possible to go down to the river bank. There is a pleasant path under the trees. 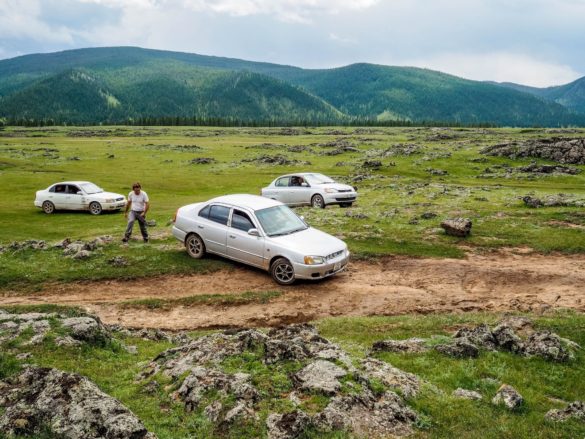 We were supposed to overnight in the Tuvkhun Hermitage monastery, but because of the bad conditions of the roads, we arrived late, so we slept and ate with a nomadic family. We met a group of foreign volunteers there, who taught English in Erdenet. Nice chat and we found out something about nomadic life because they could speak Mongolian with the family.

In the morning after cuddling with baby goat and tasty breakfast we hopped on horses and rode up to the hill, where’s the monastery perched on the rocks. The path through the forest with the rays of morning sun (7 am) was enjoyable, however, the Mongolian saddle is far from comfort. Especially downhill. But the views from the hill compensated the inconvenience.

On the way back to our guesthouse we rest in hot springs. Two tiny pools (male and female) on the western side of the Orkhon Valley. Frankly, don’t expect much but it is a good spot if you drive by anyway.

The next day we went back to Ulaanbaatar (boring right?) because it’s somewhere between tricky and impossible to get to the Gobi from Central Mongolia. 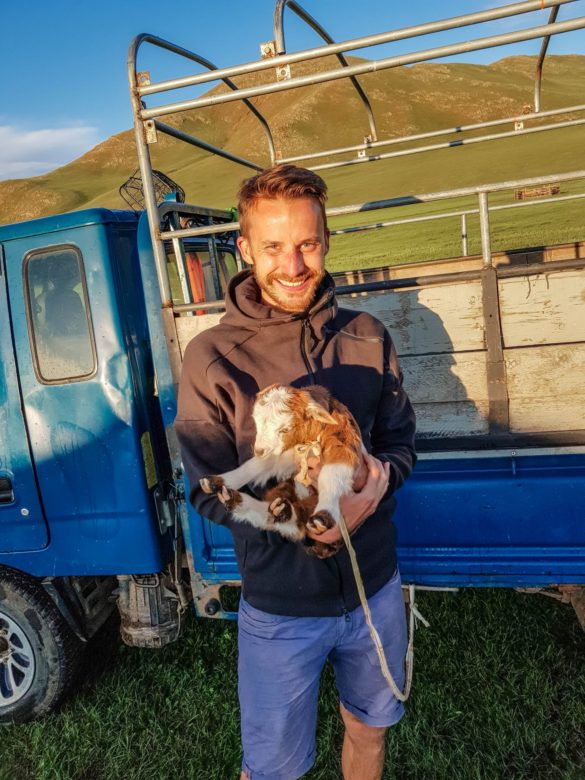 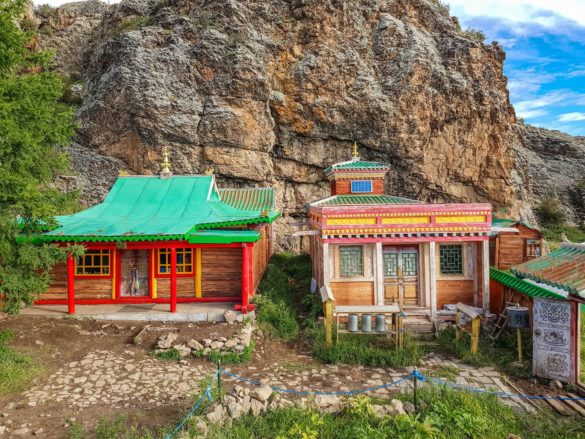 Erdenet alias how not to get to Tsetserleg