There is definitely a reason why Kurokawa Onsen and Mount Aso are the most popular places in Kyushu. Well, we also wanted to see it with our own eyes. But before that, we made a brief stop at Yufuin, mainly for automobile museum.  It was nice but nothing extraordinary, the same could be said about the city itself. Despite the number of tour buses, we did not find it a must-see place.

Then Kurokawa Onsen is a different story. This lovely tiny city settled by the river in the canyon has a high concentration of beautiful onsens and has its charm especially in autumn when colourful leaves pop up everywhere. This place should be very touristy, but during our visit, it was rather empty than crowded, and we ended entirely alone in splendid Yamabiko onsen. The area is obviously less visited in late November. True is that the weather was quite chilly. There is a superb tourist centre where you can park your car for free and get comprehensive information about all onsens and choose the one best for you. 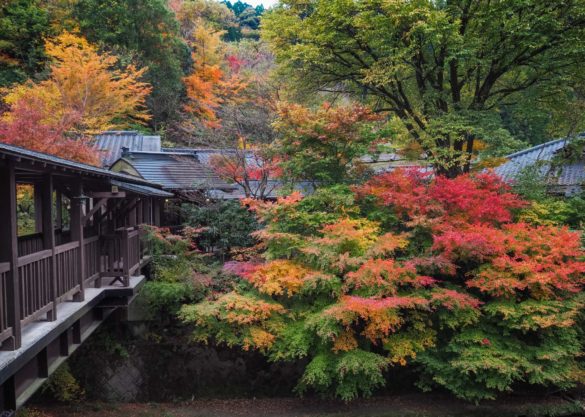 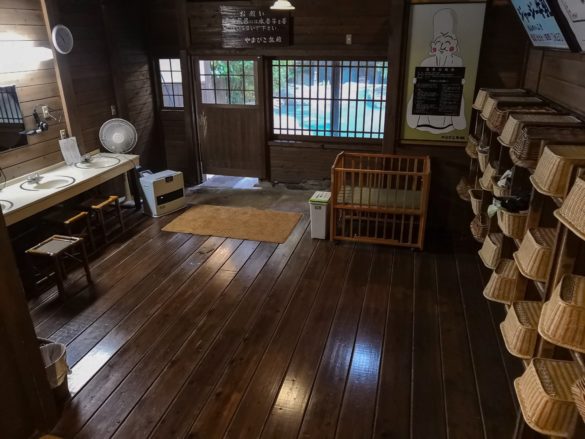 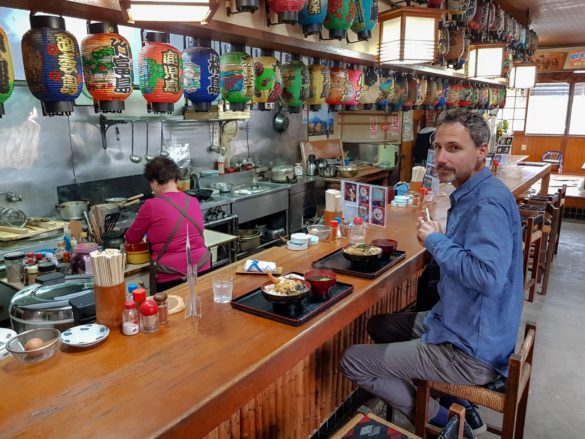 The best way how to enjoy Kurokawa onsens is to stay in one of plenty of ryokans. If you have not tried this traditional accommodation elsewhere, it is an excellent experience. The advantage is that you have a meal and onsen entrance included. But, it does not come cheap, especially in such an exclusive place. Therefore, keeping in mind our budget, we slept in a camp. There is also a short story behind that, you can read it in an article about camping in Japan. The next day we nested in a spacious resting room, just downstairs from the tourist centre. We thought it is part of the tourist centre, but probably it was pertaining to the shop next door. Anyway, it was advertised as free to use. We spent there a few hours to warm up and charge our devices prior slowly moving on. 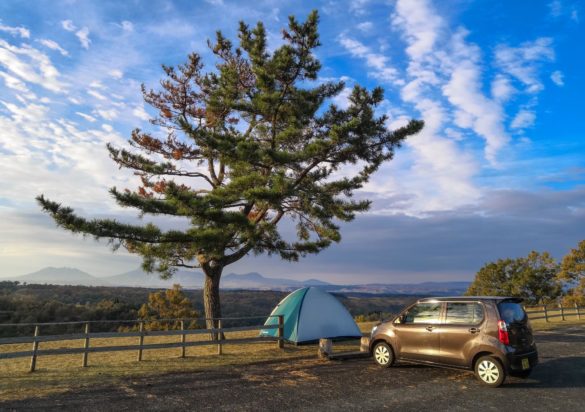 The Mt. Aso is the biggest active volcano in Japan and one of the biggest in the world with its last eruption in 2016. No surprise we were excited to visit it. We woke up in a car aside from the road few km from the volcano early morning, surrounded by curious cows.

Our day did not start well. Weather was nice, but at the visitor’s centre parking lot we heard an announcement that volcano crater was closed and it was not possible to go there. All due to toxic smoke. Disappointingly chewing our breakfast sandwich, we saw few people in hiking dress going a direction to the crater. So we decided to follow them, maybe they knew what they are doing. Suddenly, after a few meters, we were stopped by security telling us that crater was still closed.

Read more: Exploring the beauty of Central Hokkaido by car

However, we were allowed to go up and hike a trail where we could see the volcano from a distance. We went along the road up and few hundred meters before the crater we turned right to a wooden footpath. So far so good. We even got a little map. To our surprise, the scale was not fully describing reality and the trail difficulty. We climbed and walked a lot. As usual, unprepared for such a track. In any case, we were rewarded with splendid views of the caldera and all the troubles were forgotten soon.

Panoramic view of the crater

On the way back, the road to the volcano was opened, and we could enjoy the view from the edge for 5 minutes before they had to close it again. All the people and cars had to evacuate quickly from the upper parking lot back to the base station. 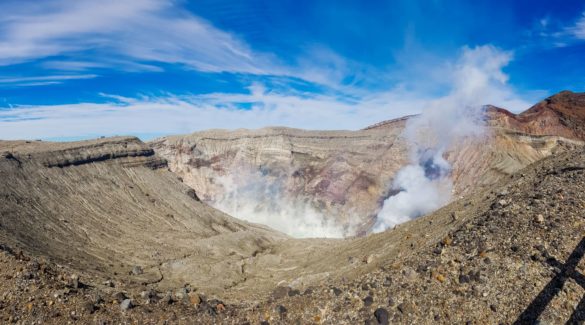 We successfully completed the main mission of the day. Another one was lunch and onsen bath. We found both in and close to Takamori village. Takamori spa had many baths including two outdoor. After that, we worked and charged our electronics in a rest area, before heading directly to Kumamoto and sleeping in a car at Fureainomori Park parking lot.