Articles
Vietnam in a nutshell
Fresh and colorful cuisine in Vietnam
Kon Tum – True Vietnamese getaway
Da Nang & picturesque Hoi An
Ho Chi Minh City, Mui Ne and Nha...
Philippines in a nutshell
Food in the Philippines
Manila aka farewell to the Philippines
Padre Burgos and Tacloban
Limawasa, a hidden gem
Home DESTINATIONSASIA Datong with a trip to Yungang Grottoes

Datong with a trip to Yungang Grottoes

Datong is on the halfway from Beijing to the border with Mongolia, so we stayed a couple of days for a break on our journey to Ulaanbaatar. The ancient part of the city is unfortunately either wholly restored or in development. There are only a few authentic temples and other buildings left. But it would be a shame to omit Datong. It has two exciting attractions close by – Hanging Castle and Yungang grottoes (caves).

Read more: Journey from Beijing to Ulaanbaatar via Erlian

Our welcome to the city was intensive. One taxi driver decided we would be his main pray of the day and we couldn’t get rid of him for at least 10 minutes. We forget to pre-upload Google maps to know at least where we are and where we are heading. Luckily other people in China were helpful and were pointing us in the right direction and a bus to take.

Datong could be quite a strange city, but it may provide a good view of today’s China. Many things are rebuilt from scratch especially temples inside the city walls where new areas cross with old parts that looks almost like ghettos. Some streets are unpaved, and few areas are after an attack of a wrecking ball but remained abandoned so far. Reconstruction is hectic on one side and slow on the other side that on some new buildings you could see teeth of age already. Newly rebuilt walls contrast with old and new skyscrapers behind. 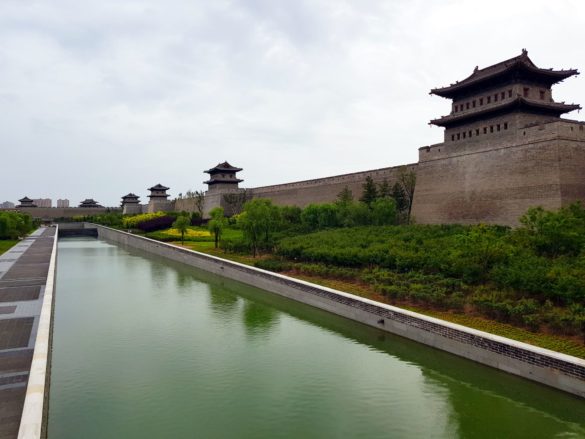 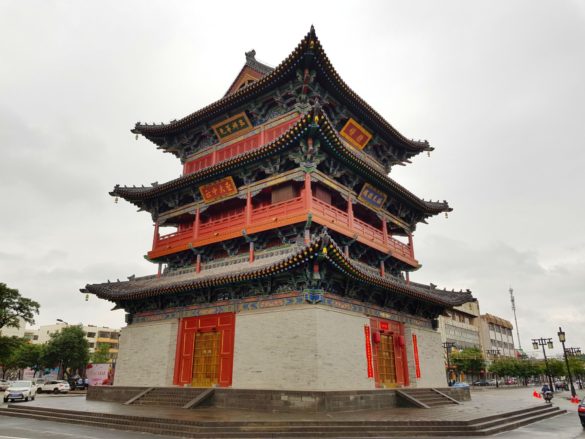 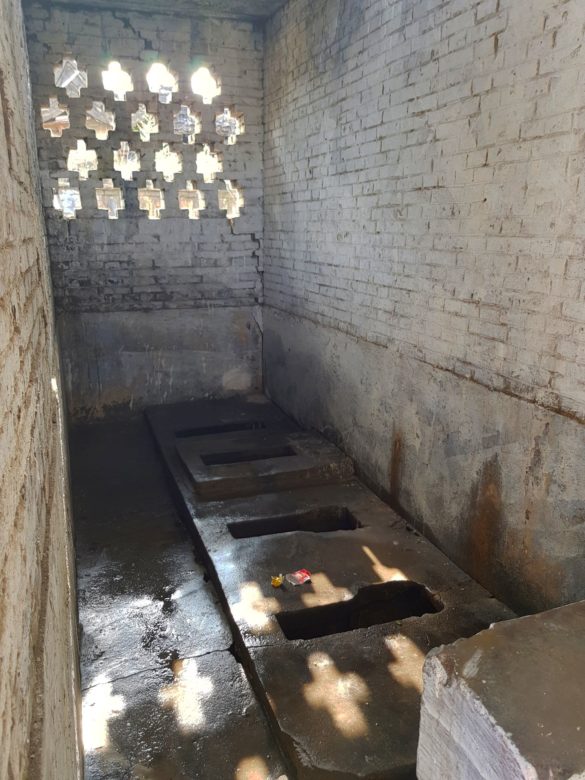 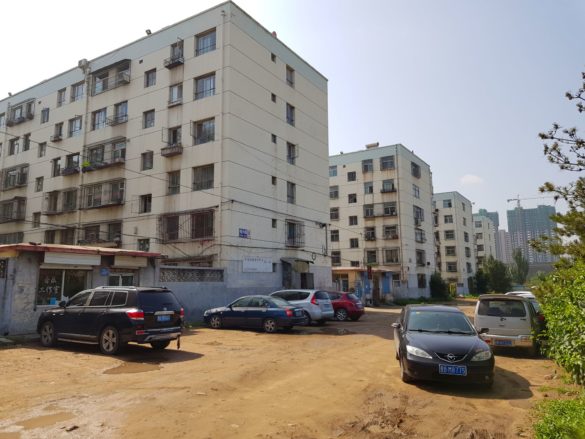 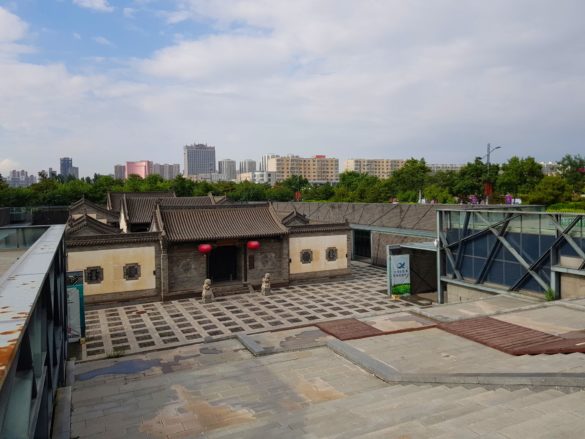 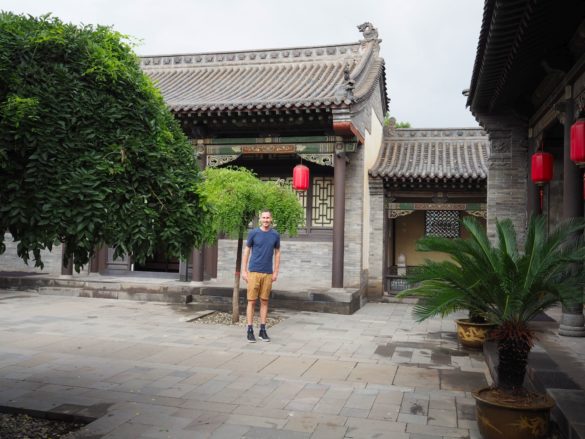 During our stay, we were lucky to see maybe the biggest city’s event in years. The Jackie Chan Action Movie Week. Billboards were everywhere. The old city main square and the street with our hostel was full of stalls with food and drinks and crowded especially during the night. Even we were not able to get any ticket for any movie we enjoyed it. 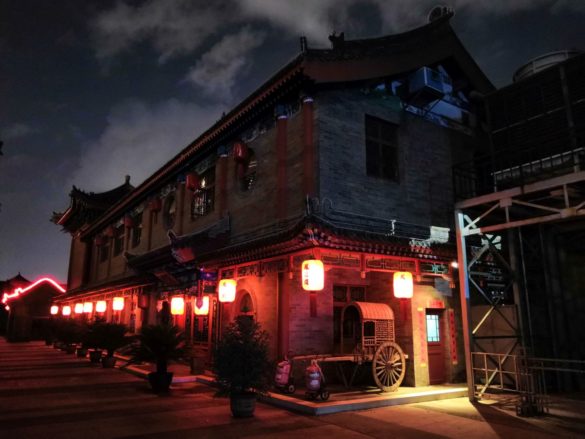 Originally we planned to visit both the main attractions, Hanging Castle and Yungang Grottoes. Unfortunately, the entrance fee for each of them was over 120 CNY. Being proper backpackers and also because the Hanging castle is not so close and you need to combine bus and taxi, we vote for Yungang Grottoes. Those were preferred by various sources anyway. It was so simple to get the grottoes. We just needed to find Xin Kai Li bus stop and took bus number 3 that went directly to the entrance gate. Grottoes were the final station, and the bus went probably every 15 minutes or so. It was a pleasant day, but it remained in the shadow of the Great Wall of China. It was also unbearably hot with lack of shadow and walking the area was tough. 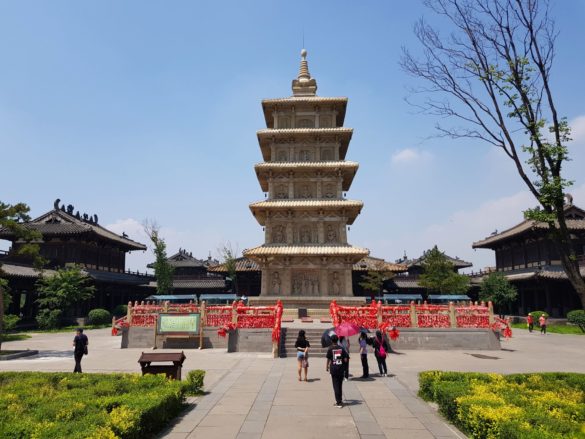 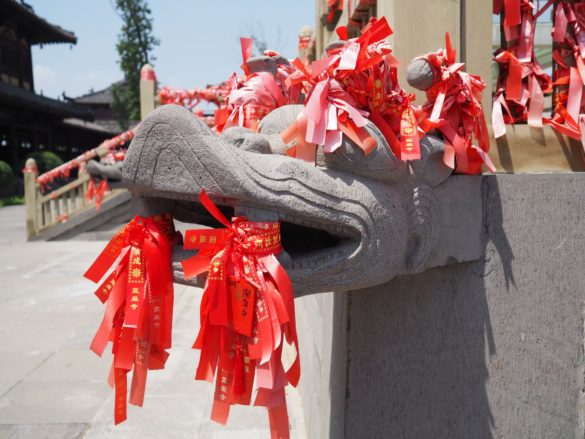 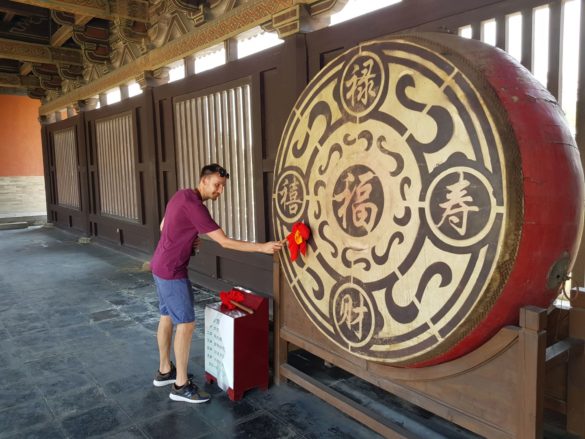 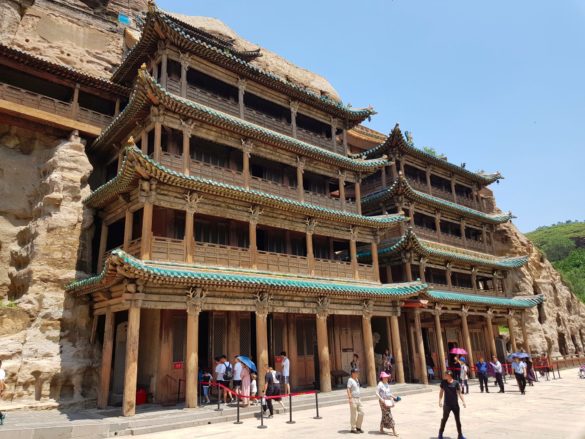 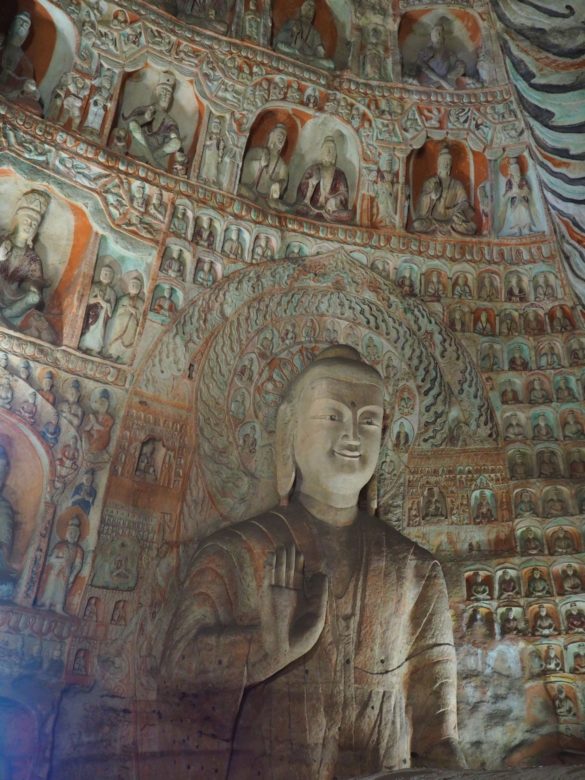 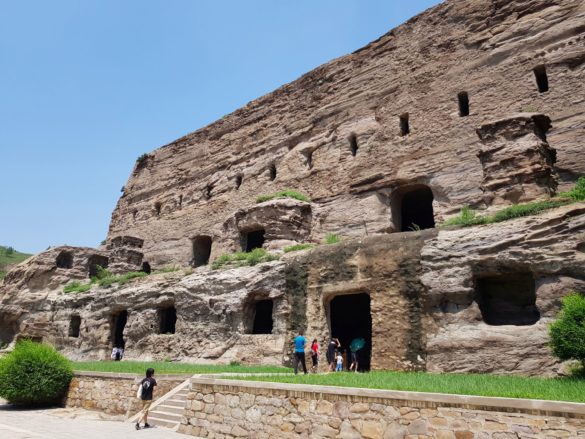 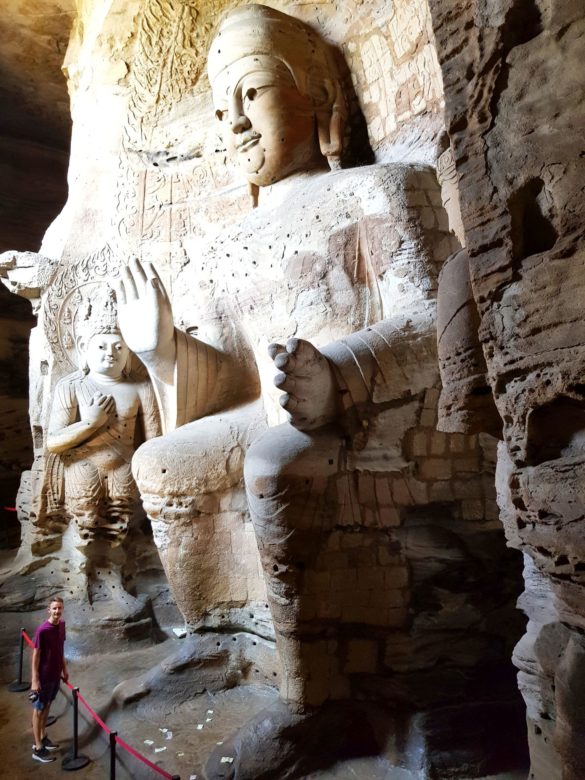 Chinese food we enjoyed – Part one