Our next stops after hiking in Taroko were Taitung and Kenting national park in the very south of Taiwan. The train for 367 TWD pp took us in 90 minutes in Taitung. The city itself is quite uninteresting, so we used it as a base for a trip the next day.

Since the bus to Sanxiantai was pricey, went in a not suitable time and first of all, we wanted to do some stops on the way there and back, we decided to hitchhike. The first destination was Donghe, where a hugely advertised international surf competition took place. We are neither surfers, nor we had binoculars, so the event wasn’t that exciting as we probably expected. Small objects in the distance waited for a perfect wave. And the best watching spots were occupied with photographers.

That’s why we returned on the main road after a few tens of minutes and caught another kind soul to take us to Sanxiantai. The eight-arch bridge is one of the region’s main attraction, so rather expect groups of tourists. In any case, this dominant is truly photogenic from every angle. Luckily, most of the visitors were lazy. If you cross the bridge and follow the trek on an elevated boardwalk and up the hill to the lighthouse, you’ll be almost alone. And the view is rewarding. 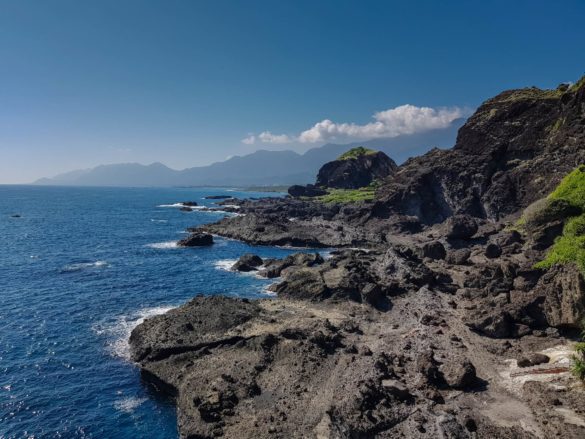 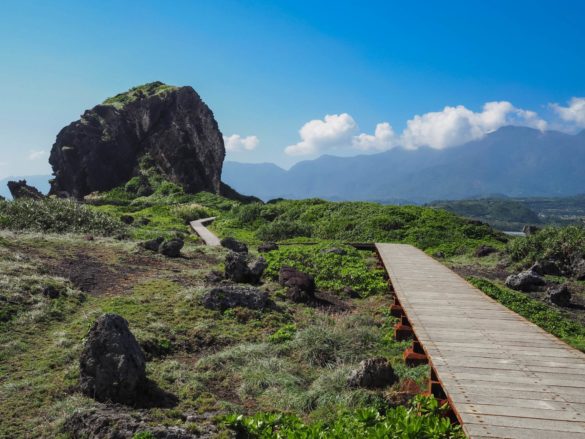 On the way back we made a break in Chenggong village, which is famous for its fish market. Especially the auction at 4 pm. Tons of fresh catch all-around. For example, the colossal ocean sunfish. We didn’t understand the auction system, but it’s quick and efficient. Need to point out, the whole process is not a nice show. 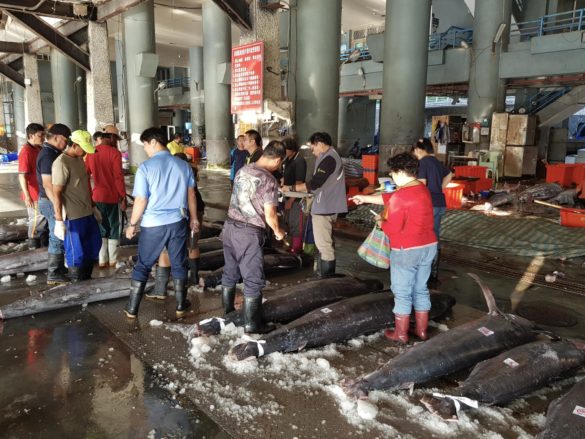 We spent two nights in Taitung. Then we hopped on the train to Feng-Liao (172 TWD pp), and from there we went by bus to Kenting (181 TWD pp). Our start wasn’t as we expected, because the hotel owner cancelled our booking for some reason, so we had to find another room.

The area is the leading vacation destination for Taiwanese, so plan well, since it could be very crowdy. We were there in December, which was offseason, but still, the main strip in the evening, when there is a night market, was full of people. This street is also the central hub for party people. Some bars are also in the parallel road along the Kenting beach. The beach was partly closed for swimming because of strong currents during our stay.

Like almost everywhere in Southeast Asia, the best option to explore the Kenting area is to rent a scooter. For 500 TWD it’s not cheap as in Vietnam, but still reasonable. It can be challenging to rent scooter without Taiwanese licence. In many places, you are allowed to rent only battery powered scooter. But some rental companies are OK, as far as you have a scooter driving licence, so we had a classic one. The helmet is a must.

At first, we headed to the Eluanbi cape. The southernmost point of Taiwan has a lovely park with views of China and Philippine Seas. The main dominant is an 1883’s lighthouse with a small exhibition. Locals are also enjoying the place for picnics, parties and weddings.

We followed the road along the coastline and had lunch in an eatery close to Gangkou Suspension Bridge. The best spot for photos is at Longpan and Fongchueisha. Through the not that interesting inland, we rode to the western side of the bay with Baisha beach, which is probably the nicest one in the area. Bathing at sunset was a pleasant end of the day.