As said in another post, the west coast could be seen as one big city. And is the area where the majority of the 23 million people live. Going from Kenting back to Taipei, we visited three big cities in this order: Kaohsiung, Tainan and Taichung.

Every city of those above is different and has various things to offer. But I have to admit that writing this with a few months distance, I had to check photos and map to remind me what we did, what we saw and where it was. All the west coast is, unfortunately, a little bit blended.

OK, one by one. Kaohsiung is a big bustling city famous for its art scene represented mainly by Pier2 area from where we took a short ferry ride to Cijin Beach that is ideal for easy walks. On the way back to the city we stopped at a huge shopping mall – don’t remember why we did that but at the top of the roof, there was a small amusement park with a Ferris wheel. Famous Formosa station in the middle of the city looks only nice on pictures. In reality, it is not very impressing. Much more interesting was Rueifong night market close to our Flying Dragon Hotel (380 TWD). Not even we got good food there, but we also purchased a pair of slippers, made in Taiwan 🙂 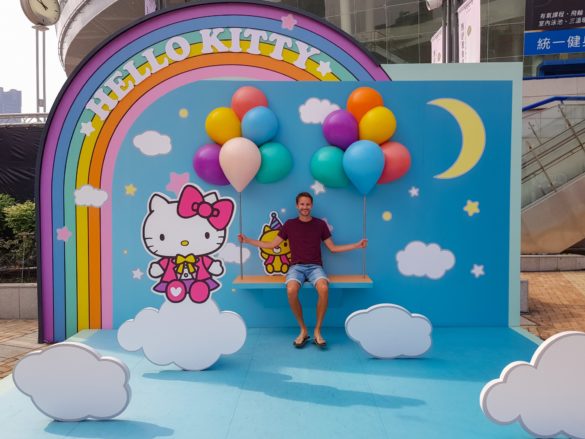 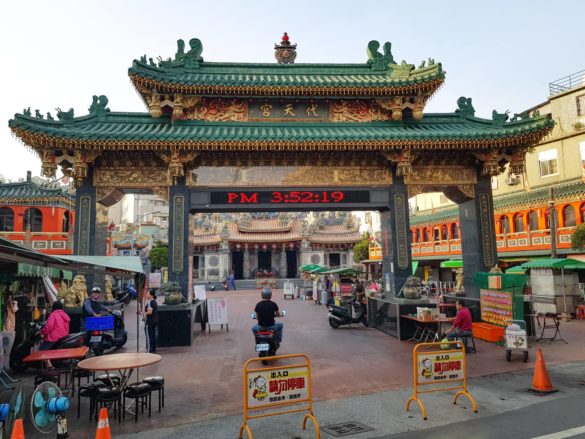 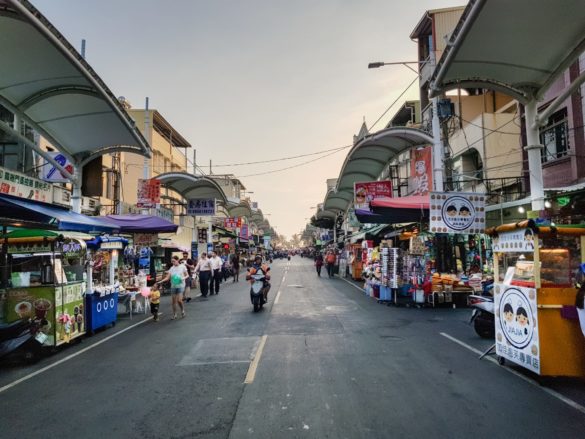 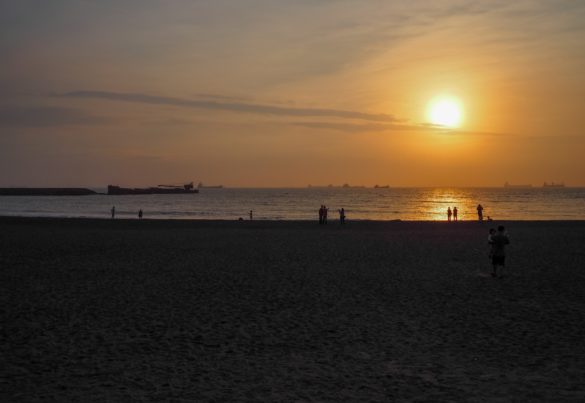 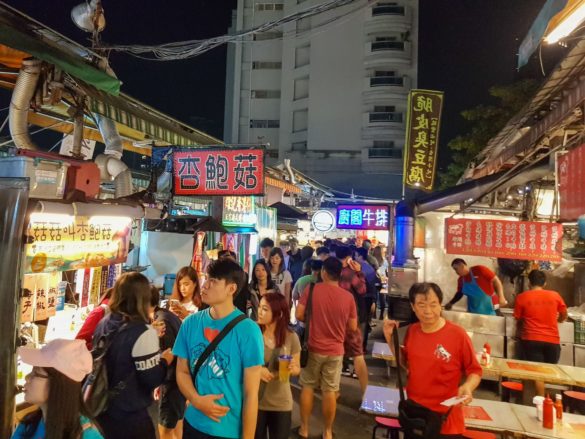 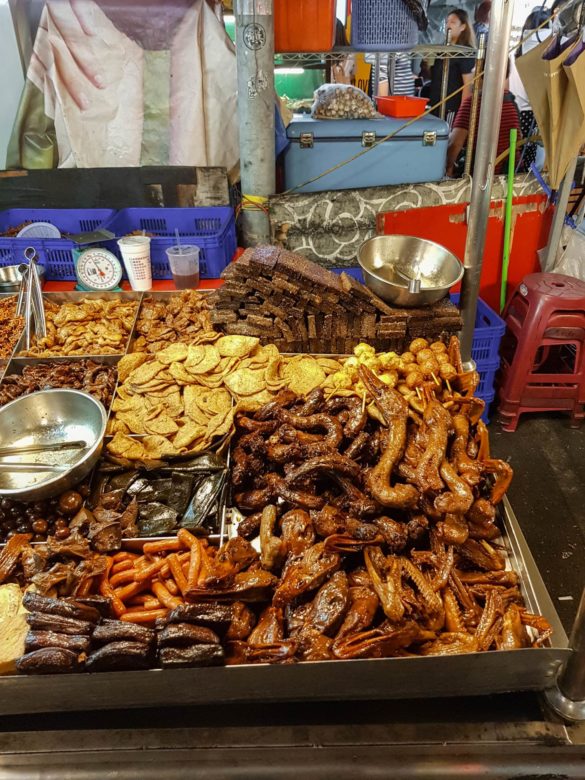 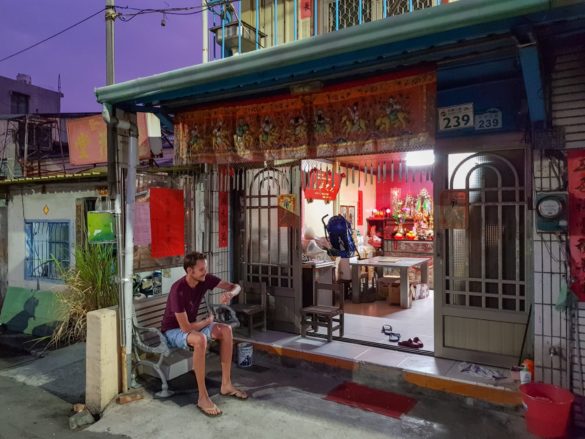 Despite having almost 2 million citizens, Tainan feels like a much smaller city. Much more relaxed. Walking (yes walking, the bus system was a headache) from the railway station to our hotel in the morning we used Google to find any shopping mall. Hoping for a food court where we could grab some food and wait till check-in time. To our surprise, Hayashi Department Store that we picked was a beautifully refurbished almost 90 years old mall with a lovely roof terrace and bar/restaurant. Another surprise was our hotel, while the expectation was not high at all. The building was almost as old as tall (very tall), without any upgrade since it has been built. Luckily, despite original furniture and bathroom, we found our room huge, clean and with new wallpapers, located on a high floor offering lovely views. Generous buffet breakfast was served in the highest floor. On top of it all, there were free bicycles available, so we could easily explore the city.

We planned to discover mainly the area where Fort Zeelandia and Anping Tree House are located. After purchasing Pikachu ice cream at the street market, we also pedal to the beginning of nearby wetland. Since we bought a Tainan Historical Attraction pass, on the way back to the hotel, we stopped at Eternal Golden Castle. 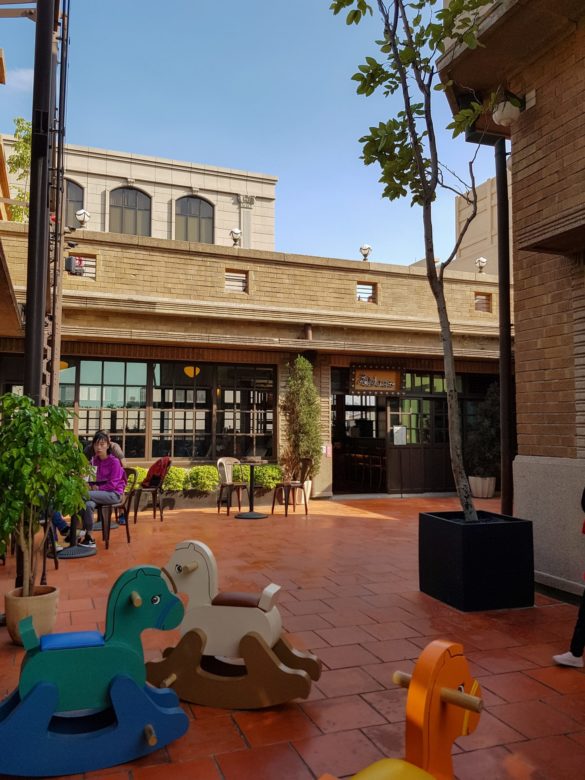 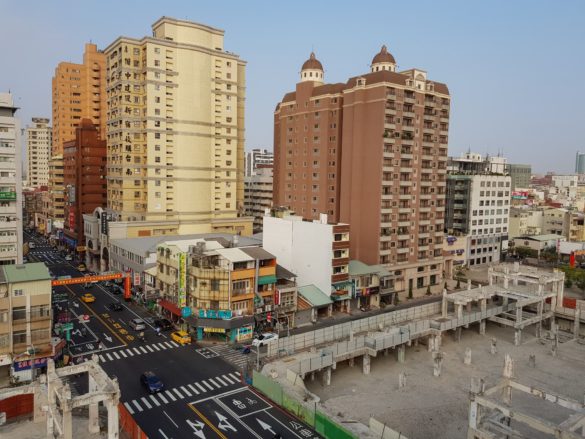 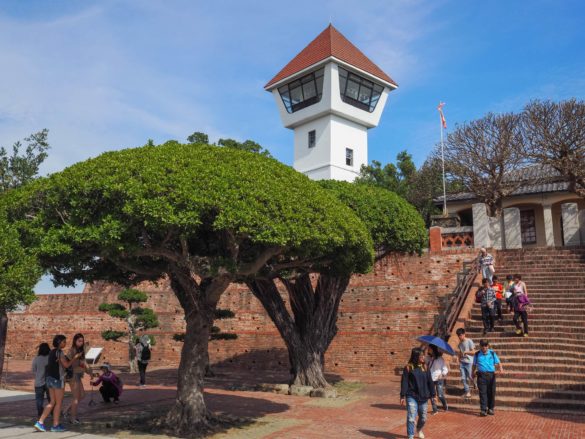 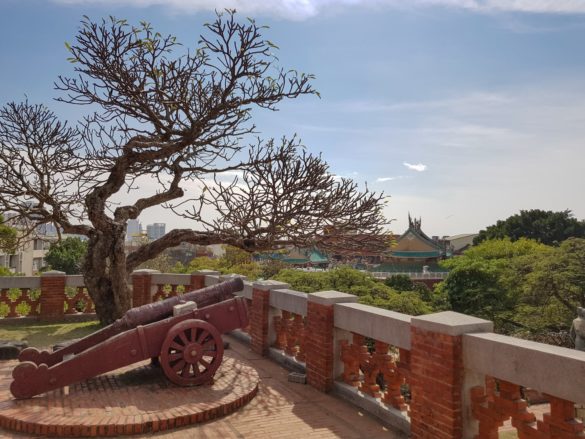 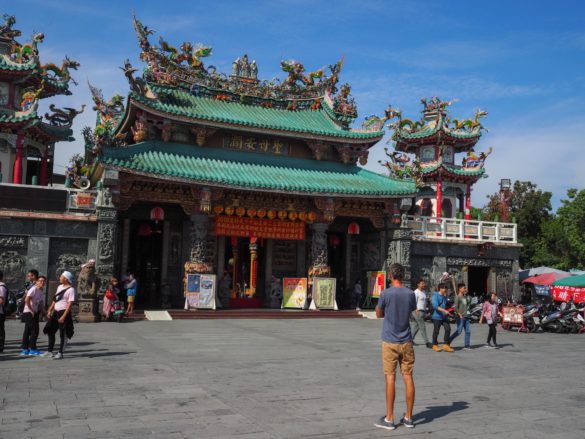 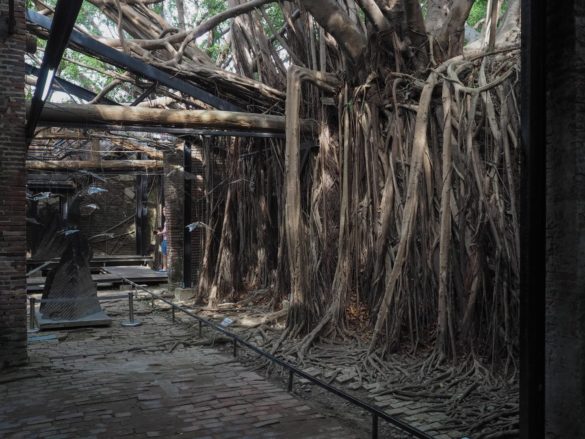 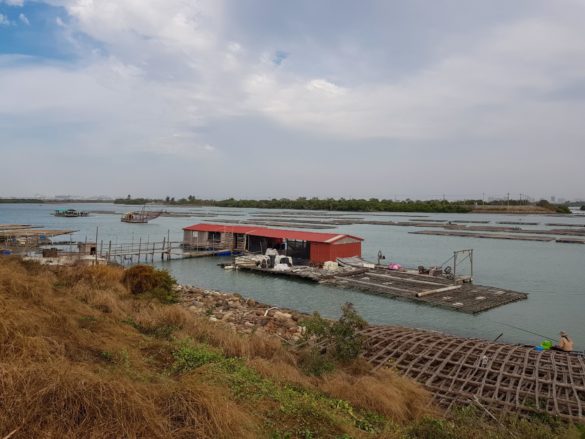 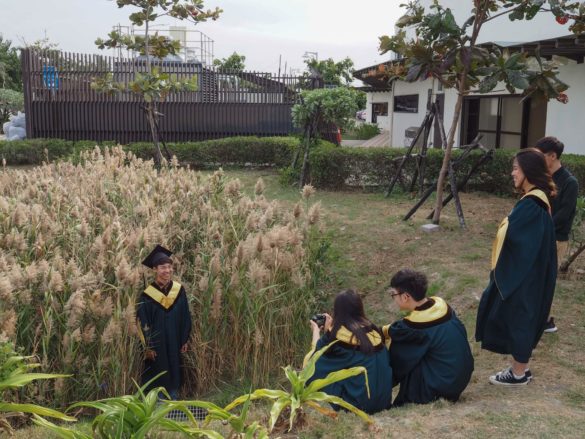 Buying the cheapest train ticket to Taichung was not the smartest thing we’d ever made. We did not mind it to be slow, but the train was commuter with benches instead of regular seats. And the journey was really looong. Our one day there (in the city, not the train) we spent the same way as locals do.  Strolling streets with day and night markets. Buying food and bubble tea… however, true is that to pick food was not always easy… at many stalls, there were just little skewers with strange things… so for dinner, we ended up with great kebab. the city centre has some relatively old architectonically interesting buildings, plus at least one trendy chocolate/ice cream shop that is worth the visit. Nothing extra to be told about our hotel ZX House, but it was affordable, well located and clean (600 TWD double). From there it was just a quick ride by a speed train back to Taipei. 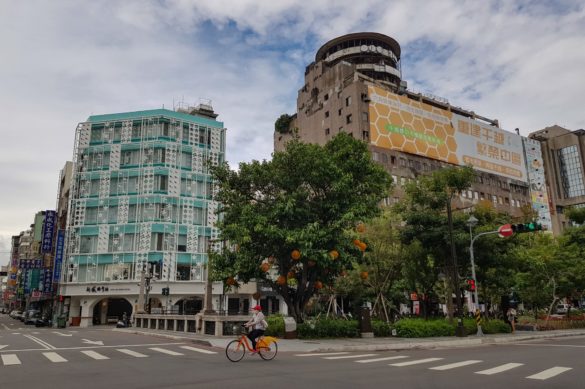 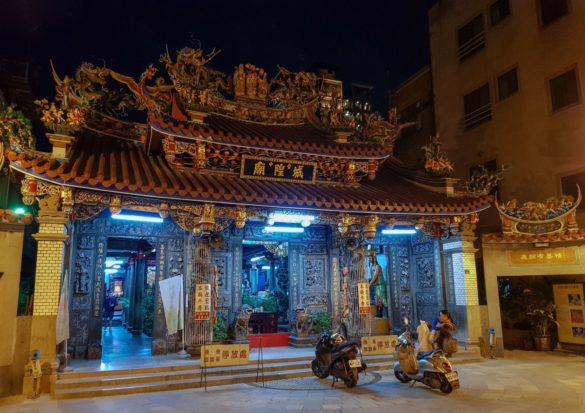 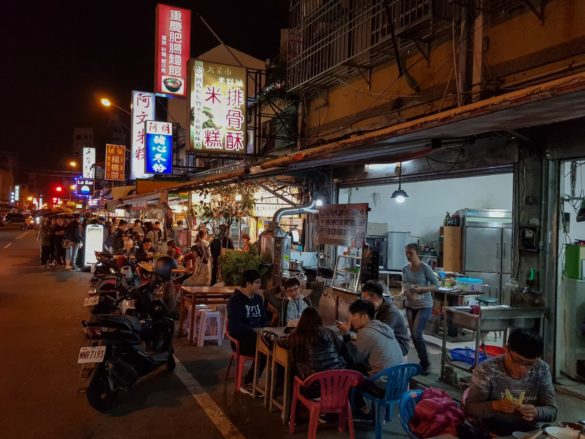 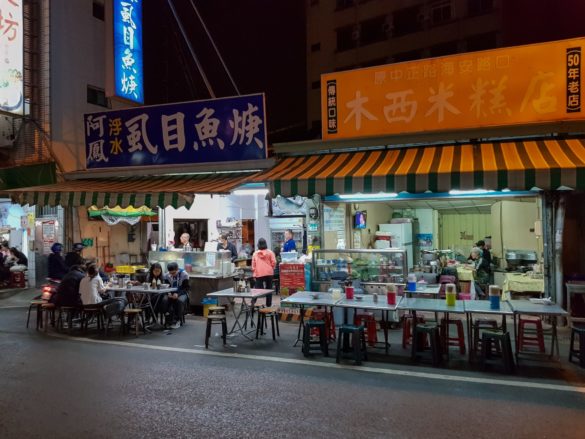 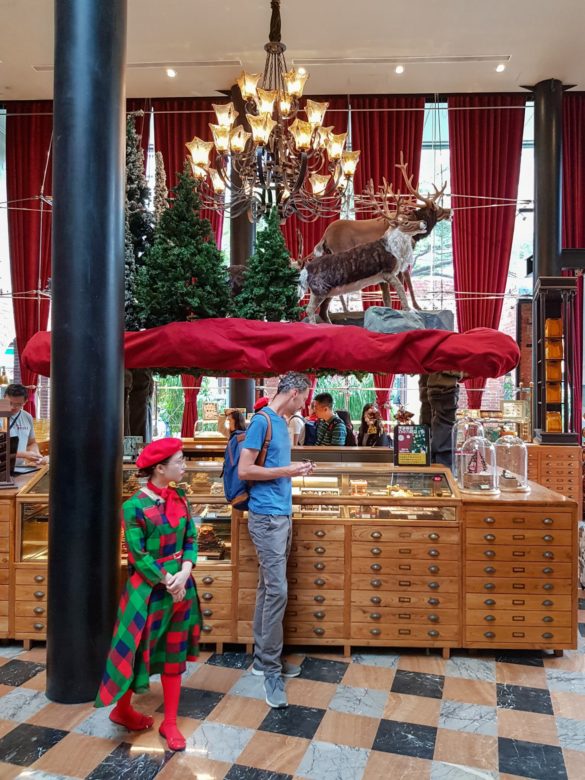 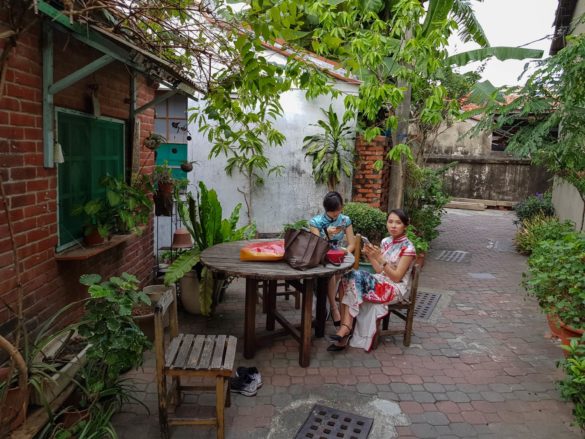 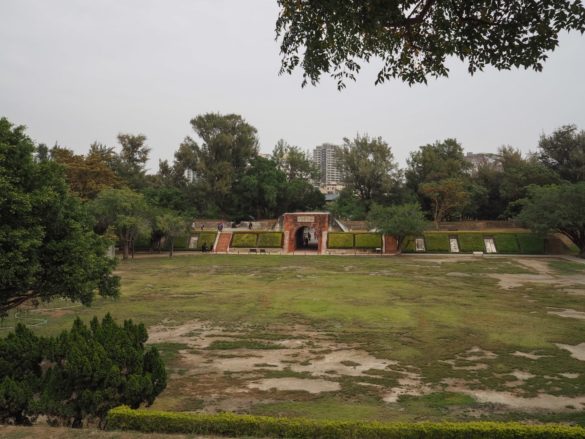